Patches acknowledges and pays respect to the past and present Traditional Owners and Elders of this land, recognising the significant importance of their cultural heritage, values and beliefs and how these contribute to the positive health and wellbeing of the whole community.​

Participating in meaningful work is crucial for our wellbeing.

[Impactful opening statement above to be finalised]

FASD and Involvement in the Justice System

FASD and Transitioning into Employment

Everyone deserves a high quality of life.

This includes a having access to housing, healthcare, justice and importantly, employment.

Meaningful work is important for our overall wellbeing.

It improves our social connection, sense of belonging and self-esteem. It markedly improves the welfare of families and communities.

However, people with disabilities remain at a disadvantage when seeking employment.

Only about half of Australians with disability are currently participating in the workforce.

People with a type of disability, Fetal Alcohol Spectrum Disorder (FASD), are at particular risk of underemployment.

The underemployment of people with FASD may be due to:

This resource is designed to support people with FASD into employment.

This resource is for employment agencies, employers and those working in the justice system. 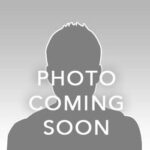 The FASD Justice Employment Project Resource is designed to:

The FASD Justice Employment Project Resource adopts a FASD-informed approach which acknowledges that the challenges associated with FASD can make it difficult for the individual to always meet workplace expectations.

Well-thought through and individually tailored modifications in the workplace are key to supporting people in gaining and maintaining meaningful employment. We believe that rather than expecting people with FASD to change, workplaces should be adapted to better meet their needs.

A FASD-informed approach comprises of the following key elements:

Having an awareness of FASD

Having an awareness of FASD involves:

Being strengths-based is about

Patches was started in Western Australia by paediatrician Dr. James Fitzpatrick with a focus on ensuring that everyone has access to quality developmental, disability, and early intervention services.

Dr James Fitzpatrick discusses the work of Patches and how Patches is looking to change lives in the Justice Employment Project.

Patches and the University of Western Australia, received a Commonwealth Government grant to develop evidence-based resources to improve employment outcomes for people with FASD in the Justice system.

The FASD Justice Employment Project Resource also allows for the development of employment pathways for people as they transition out of the Justice system.

Artwork on this page by Mick Adams

Mick Adams is a descendent of the Yadhiagana/Wuthathi peoples of Cape York Peninsula in Queensland (on his father’s side) having traditional family ties with the Gurindji people of Central Western Northern Territory (on his mother’s side) and extended family relationship with the people of the Torres Straits, Warlpiri (Yuendumu), and East Arnhem Land (Gurrumaru) communities.

His inspiration has been motivated by his many years of living, working and extended and social relationship with both Aboriginal and Torres Strait Islander peoples.

Mick’s paintings have been sold around the world. The International Network Indigenous Health Knowledge and Development (INIHKD) uses Mick’s painting on their logo and promotion material (www.inihkd.org).