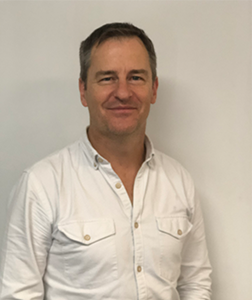 James completed his medical degree at the University of Western Australia after completing a psychology degree at the University of New England, NSW. He began working as a paediatrician in 2015, training in Paediatrics at Princess Margaret Hospital (Perth). He finished his paediatric training and completed a PhD in medicine while working in remote communities of the Kimberley region of WA.

Before studying medicine, James served as an Infantryman in the Australian Army, worked on sheep and cattle farms throughout NSW, and tried his hand at being a wool classier and stock and station agent! James has spent much of his clinical career working with remote Aboriginal communities in Western Australia and the Northern Territory. He is regarded internationally as a leading clinical researcher in the field of Fetal Alcohol Spectrum Disorder (FASD).

James founded Patches in 2012 to address the need for effective, efficient assessment and therapy services for complex developmental conditions. He specialises in the diagnosis and management of ADHD, Anxiety, Autism, and FASD.

In his spare time he is involved in supporting his daughter’s school board and P&C committee, he often sets sail for remote coral islands, or can be found writing bush poetry camped up by a river and warbling away on the harmonica